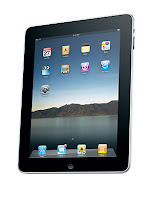 The end of the year is still a few months off, but Time magazine has decided to call it early… Last week, Time issued its annual “50 Best Inventions” article. It’s an interesting and fun look at (arguably) the cream of this year’s crop of ingenuity and creativity. Some of these inventions, like the iPad and the first synthetic cell, have raised eyebrows across the globe, while others, like a green-energy underwater kite and spray-on fabric, have gone under the radar. Whether you’re an inventor or not, the inventions are sure to make you rethink current ways of doing things, and realize just how much can be accomplished in one year. Hopefully this will inform and inspire the hard working inventors out there with an idea that’s time has come. I wonder what 2011 will hold…
Posted by Trademark Attorney at 11:26 AM 2 comments: Links to this post

Think you have a good idea? The Emmy and Telly-Award-winning PBS television show “Everyday Edisons” announced recently that it is currently casting for its fourth season, set to air summer of 2011. The program is looking for 10 small-time inventors with big ideas. According to their Web site, www.edisonnation.com:

They will pick 10 outstanding innovations. All it takes is a great idea. As they say, give yours a shot at success and find out if you have what it takes to become an "Everyday Edison!"

The winning invention featured on the show will have the option to enter a contract to receive money for sales of their invention, after it is commercially manufactured. Everyday Edisons premiered in 2007, and has become one of PBS’s most critically-acclaimed programs.
Posted by Trademark Attorney at 12:19 PM No comments: Links to this post