Just wrapped up an interview with Noticias 62 about Joaquin “Chapo” Guzman, the notorious drug lord who was recently captured, and trademark issues related to him believe it or not.  Evidently, his family has filed for several trademark applications in Mexico throughout the years, many of which have been rejected by the Mexican Institute of Industrial Property aka the Mexican trademark office.   The rejection was based on Mexico’s trademark law that prohibits the registration of trademarks that are contrary to morality and decency, namely that El Chapo signifies a person who is wanted by the authority for committing various crimes.  However, the Mexican trademark office did allow registration for some of the applications associated with some odd goods and services like “whips and saddlery” and “Christmas trees” among others.
The US has a similar basis for rejections of trademarks that are scandalous or disparaging.  Some of the most notable recent ones are the Redskins issue which I talk about last year and I believe is still ongoing, and the “Slants” trademark which was held to be disparaging but recently overruled and allowed registration by the Federal Circuit finding that the disparagement provision in that case would violate the Slant’s, an Asian rock band, first amendment right.  But with “El Chapo” it’s a bit different because we are talking about a nickname or possible surname if he decides to file for that.  Not sure if that would be held to be scandalous if his family decides to file in the US for similar goods and services as they did in Mexico.  The USPTO hasn’t been exactly consistent about these issues, but in one case an application for “Osama Bong Loadin” was rejected because “[a]ccording to the attached evidence from Google.com, the proposed mark OSAMA BONG LOADIN refers directly to Osama Bin Laden and is thus scandalous because Bin Laden’s actions are synonymous with his name”. 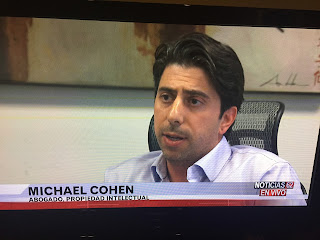 Posted by Trademark Attorney at 10:51 AM No comments: Links to this post