Annie Leibovitz Is Having Copyright Issues 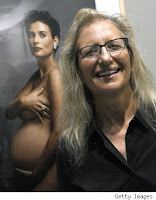 Celebrity photographer Annie Leibovitz nearly lost the copyrights to her famous photography as a result of her default on a $24 million loan. Art Capital Group (“ACG”), the lender, sued Leibovitz back in July due to breach of contract of their agreement. As collateral, Leibovitz used her real estate assets and the copyright to every photograph she has ever taken.

Luckily for her, she was granted an extension to repay the $24 million and ACG seems to be in agreement and is cooperating with Ms. Leibovitz.

However, her intellectual property issues don’t stop there, earlier this month she was sued in the US Southern District of New York for copyright infringement. An Italian photographer named Paolo Pizzetti, claims that Leibovitz took the same or similar photographs as he. As the complaint states “…the water falling from the rocks is falling in exactly the same place and in the same manner in both. It is clear that the Leibovitz Defendants copies the Trevi work authored by Pizzetti and edited it by superimposing models in post production, creating an infringing derivative work.”

Hopefully she will get herself out this one so we can see more of her great work.
Posted by Trademark Attorney at 7:23 PM 1 comment: