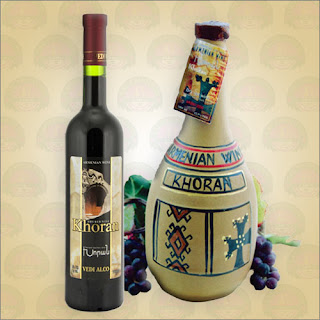 Last week, a panel of five TTAB judges shot down an application for wines bearing the trademark name Khoran. The decision was made based on the trademark’s similarity with the holy text of Islam, the Koran. The panel rejected the application on the basis of disparagement. In re Lebanese Arak Corporation. In previous cases, the board has rejected marks that are belittling to a specific group of people.

When filing trademark applications with the United States Patent and Trademark Office, applications can be rejected for a number of reasons, such as likelihood of confusion in view of an earlier filed application, or for other legal grounds regarding the mark itself, such as disparagement in this case.

To determine disparagement, there is a two prong test:
1) what is the likely meaning of the
matter in question, taking into account
not only dictionary definitions, but
also the relationship of the matter to
the other elements in the mark, the
nature of the goods or services, and
the manner in which the mark is used in
the marketplace in connection with the
goods or services; and

2) if that meaning is found to refer to
identifiable persons, institutions,
beliefs or national symbols, whether
that meaning may be disparaging to a
substantial composite of the referenced
group.

The TTAB found that the second prong was easily met. The majority and dissent was split however, on the first prong. The dissent felt that this mark, in its context on the label of a wine bottle, would not be disparaging to Muslims. Moreover, they felt that the mark should be examined from the viewpoint of the average American wine consumer:

“We believe the Board must look to the general population of the United States and how they will understand applicant’s mark when it is being used in connection with the identified goods or services, in this case wine.”

And yet, it’s hard to believe that the average American would see the word Khoran (which is actually another spelling of the Islamic text), and not think of the Koran.

The wine in question is Armenian, where Khoran means “altar.” Apparently, it’s been sold under that name for several years there (and has been locally available through importers). But it looks like it’s not going to make it as a federally registered trademark in the U.S anytime soon.
Posted by Trademark Attorney at 3:55 PM No comments: