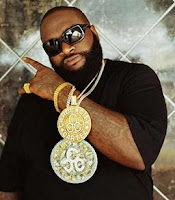 Ricky Donnell Ross (or ‘Freeway’ Ricky Ross) was an L.A. drug kingpin who was arrested in 1996, and released from federal prison in May 2009. But most people know Rick Ross (sometimes Rick Ro$$) as a rapper from Miami who’s sold millions of records over the past five years or so. Both men have made fortunes, but ‘Freeway’ Ricky’s fortune was short lived – and now he wants it back. He is suing Rick Ro$$ for trademark infringement in the U.S. District Court, Central District of California (case no. 2:10-cv-04528).

Rapper Rick Ro$$’s real name is William Leonard Roberts II. He adopted his stage name after learning about Freeway Ricky’s drug empire in the eighties. According to some reports, Freeway Ricky was making as much as $3 million a day, selling cocaine in L.A. and across the country. He got his nickname after purchasing several properties along the Harbor Freeway. Freeway Ricky was arrested after he was turned in by his cocaine source, Danilo Blandon. Blandon, incidentally, was also the CIA’s contact to the contras in the Iran-Contra scandal. This connection is referenced in several contemporary rap lyrics.

Freeway Ricky doesn’t actually have any registered trademarks on his name, but he claims that William Roberts’ moniker capitalized on his fame, and now he has a hard time distinguishing himself as the “real” Ricky Ross.
Posted by Trademark Attorney at 9:29 PM No comments: 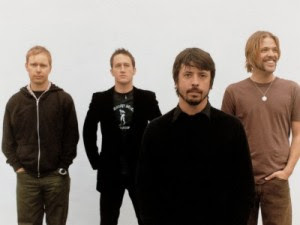 The Foo Fighters recently sued an Australian advertising company for Copyright Infringement for using a re-recorded version of “Learn To Fly” in one of their TV commercials. The lawsuit was filed in Australian federal court last week, and alleges that the RE/MAX company made commercials that "incorporate a musical composition... that reproduces a substantial part" of the Foo Fighters' hit.

Nicholas Thiele, regional director of RE/MAX, told TheAge.com.au, ''It's certainly not the position of this company to intentionally infringe on anyone's copyright. We've got very strong trademark and copyright issues regarding our own brand that we feel are very important.''

The band became aware of the commercials from a message posted on their internet fan bulletin board last week.
Posted by Trademark Attorney at 12:09 PM No comments:

In order to commence a copyright infringement action in federal court, under 17 U.S.C. § 411(a), makes registration of a copyright a prerequisite prior to bringing an infringement suit. But in a May 2010, Court of Appeals for the Ninth Circuit case, Cosmetic Ideas, Inc. v. IAC/Interactive Corp., has held otherwise. The case was an appeal from a U.S. District Court, California Central District case in which Cosmetic Ideas, Inc. sued the Home Shopping Network for copyright infringement involving a necklace. Cosmetic Ideas submitted a copyright application for a necklace, and then sued HSN before getting an official registration from the U.S. Copyright Office.

Initially the case was dismissed for lack of subject matter jurisdiction because of the lack of a registered copyright. The Ninth Circuit court then later overturned that decision. The 9th Circuit court found that a copyright is actually considered registered once the application has been submitted and stated "that receipt by the Copyright Office of a complete application satisfies the registration requirement of § 411(a)."

Their reasoning was that Congress’s purpose for copyrights was to protect intellectual property in exactly this scenario. Cosmetic Ideas may have had to wait several months before their copyright was officially registered. And theoretically, during that time, nothing could be done to stop copyright infringers. The issue of speed of information in the post-internet world is likely to affect similar statutes. And this is probably not the last time we’ll hear about this specific case.
Posted by Trademark Attorney at 12:11 PM No comments: Dr. Dre will continue pursuing the claim for royalties owed.
Posted by Trademark Attorney at 6:45 PM No comments: