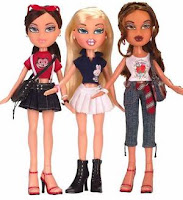 After more than seven years, 70 witnesses, and thousands of exhibits, a verdict has been reached in the roller-coaster “Bratz” dolls trial. The trial (Bryant v. Mattel, 04-09049, U.S. District Court, Central District of California) pitted toy making giants Mattell, Inc. against Van Nuys based MGA Entertainment, Inc. over the rights to the wildly popular line of Bratz dolls. Mattell originally filed its lawsuit accusing MGA of stealing trade secrets and copyright infringement seeking. MGA began manufacturing the dolls after toy designer and former Mattell employee Carter Bryant sold them the idea in 2000. Mattell claimed that Bryant thought of the idea for Bratz during his employment with Mattell, therefore claiming that Mattell owned the intellectual property rights to the doll.

The verdict has gone back and forth – a 2008 Jury awarded Mattell $100 million. But that verdict was overturned later in a federal appeals court. The current decision, reached in Santa Ana Thursday, instead awarded MGA $88.4 million dollars, and found Mattell guilty of stealing MGA’s trade secrets. According to the verdict, Mattell employees used fake IDs to gain entrance to MGA showrooms. Although this verdict is taken as a victory for MGA, it is likely that Mattell will appeal the court’s decision. Issac Larian, MGA's CEO estimates they spent nearly $170 million on legal fees, while Mattel's legal expenses where closer to $400 million.
Posted by Trademark Attorney at 4:16 PM 2 comments: