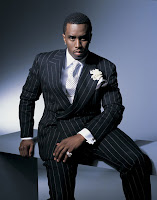 Pacific Rim, Inc., maker of a new brand of headphones for iPods and iPhones, apparently isn’t too familiar with pop culture, and possible trademark conflicts with its new “iDiddy” headphones. Rapper P.Diddy (or Diddy) was quick on the draw to oppose the mark with the Trademark Trial and Appeal Board of the USPTO. It seems pretty clear that a set of headphones could carry an association with a popular hip-hop icon. Especially when P.Diddy already has a trademarked merchandise brand called “P.Diddy.”

Adding to Pacific Rim’s blunder, they filed a use-based application, when the headphones had actually never been shipped or sold anywhere. According to a statement by Pacific Rim:

The court declared the application void ab initio.
Posted by Trademark Attorney at 10:42 AM 1 comment:

In the last few years, games such as Rock Band and Guitar Hero have turned everyday Joe’s into rock stars. Following this trend, the new toy guitars called “Paper Jamz” feature pre-programmed songs that can be played with ease by pretty much anyone with two hands. Apparently some ‘real’ guitar makers aren’t too crazy about all this competition. Gibson Guitar Corp. sued Wowwee U.S.A, Inc. (makers of Paper Jamz) last month in the U.S. District Court for the Central District of California, for Trademark Infringement (Case No. 2:10-cv-08884-RGK RZ).

The toy guitars were already being sold around the country at Target, Wal-Mart, Toys-R-Us, and pretty much anywhere else toys were being sold. Gibson sued the toy makers because the shape and design of some of the toy guitars mimicked their classic designs. A temporary restraining order was filed with the suit which the court granted, and most stores actually had to remove the toy guitars from their shelves at the height of the holiday shopping season
Posted by Trademark Attorney at 6:24 PM 1 comment: