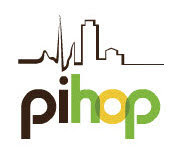 This might be a tough case for the pancake people, for a couple of reasons. First is the issue of likelihood of confusion. One organization is a light n’ fluffy breakfast food chain. The other is a small, aesthetically different house of worship. Additionally, the house of prayer in Pasadena actually uses the acronym PIHOP.

The Kansas City organization may have a tougher time, however. According to the complaint, the International House of Prayer “intended to misappropriate the fame and notoriety of the household name IHOP to help promote and make recognizable their religious organization.”
Posted by Trademark Attorney at 7:50 PM No comments:

You can bet social media megalith Facebook is actively scanning the horizon for would be intellectual property infringers. And a few weeks ago it found one. A new online community for teachers, called “Teachbook,” is using a similar networking platform to Facebook. Facebook fears that adding the “–book” suffix to words could create a whole plethora of networking Websites for different societal groups. This, in turn, would dilute the trademark brand.

Facebook sued for cybersquatting, trademark infringement, unfair competition, and trademark dilution in the US District Court for the Northern District of California (Case No. 5:2010cv03654). According to the complaint:

"The 'book' component of the Facebook mark has no descriptive meaning and is arbitrary and highly distinctive in the context of online communities and networking Web sites," the complaint explains. "If others could freely use 'generic plus BOOK' marks for online networking services targeted to that particular generic category of individuals, the suffix 'book' could become a generic term for 'online community/networking services' or 'social networking services.' That would dilute the distinctiveness of the Facebook marks, impairing their ability to function as unique and distinctive identifiers of Facebook's goods and services."

If the past is any indication of how this suit will go, Teachbook will may change its name. A startup online travel company called Placebook recently changed its name to TripTrace after a run-in with Facebook.
Posted by Trademark Attorney at 4:14 PM 2 comments: 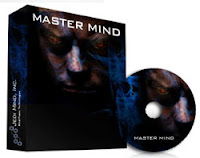 Really good trademarks often become so ingrained in the public mind that they start to take on a life of their own, distinct from the original source. Take the mega-lucrative Star Wars universe, for example. Ever since George Lucas created Star Wars, he’s had his full protecting trademarks like “Jedi,” “Lightsaber,” and even “Droid.”

A new software company calling themselves Jedi Mind, Inc. recently felt the sithlike wrath of George Lucas. They had a new set of headphones which (according to them) could sense brain waves and operate a type of remote control software. The product is called “Master Mind.” Lucas, after sending a few cease and desist letters, filed a trademark infringement suit against Jedi Mind in late August. The case is in the United States District Court for the Northern District of California, Case No. 10-cv-3632.

Probably due to the unfavorable results of past Lucasfilm trademark infringement suits, Jedi Mind promptly changed their name to Mind Technologies, Inc.
Posted by Trademark Attorney at 12:48 PM 1 comment: